How Health Became the New Morality 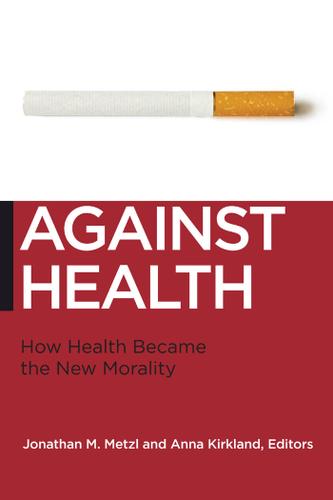 Already purchased in store?
or

Navigates the divergent cultural meanings of health, and its entanglement with morality in current political discourse

Against Health argues that health is a concept, a norm, and a set of bodily practices whose ideological work is often rendered invisible by the assumption that it is a monolithic, universal good. And, that disparities in the incidence and prevalence of disease are closely linked to disparities in income and social support. To be clear, the book's stand against health is not a stand against the authenticity of people's attempts to ward off suffering. Against Health instead claims that individual strivings for health are, in some instances, rendered more difficult by the ways in which health is culturally configured and socially sustained.

The book intervenes into current political debates about health in two ways. First, Against Health compellingly unpacks the divergent cultural meanings of health and explores the ideologies involved in its construction. Second, the authors present strategies for moving forward. They ask, what new possibilities and alliances arise? What new forms of activism or coalition can we create? What are our prospects for well-being? In short, what have we got if we ain't got health? Against Health ultimately argues that the conversations doctors, patients, politicians, activists, consumers, and policymakers have about health are enriched by recognizing that, when talking about health, they are not all talking about the same thing. And, that articulating the disparate valences of “health” can lead to deeper, more productive, and indeed more healthy interactions about our bodies.